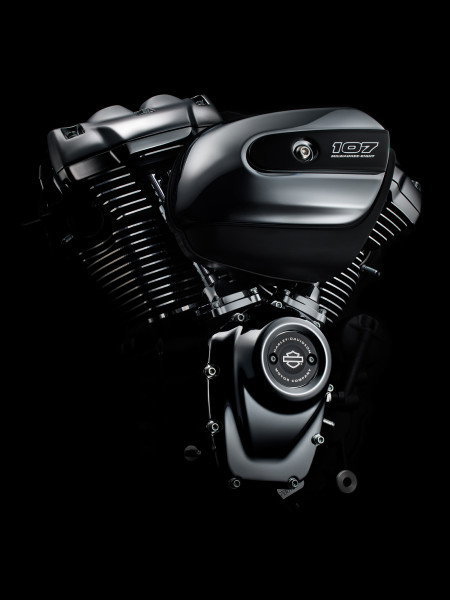 The Milwaukee-Eight™ may seem like a big leap forward, but this engine is just the next step in a long line of innovations for Harley-Davidson®. The Milwaukee-Eight™ has been inspired by over 100 years of history, going all the way back to the first Atmospheric V-Twins that Harley ever produced. The first production engine that Harley-Davidson® ever produced was the F-Head, which was quickly overshadowed by the Flathead design. In the late 1930’s Harley-Davidson® laid the groundwork for the next 70 years of air cooled V-twins in the form of the Knucklehead engine. 1966 saw touring turned on its head by the powerful Shovelhead engine design, which rolled onto the road on the first Electra-Glide® Motorcycles. At the turn of the century, Harley-Davidson® motorcycles got another update in the form of the Twin Cam engines which have served the touring family for the past 17 years, and now the next generation of Harley-Davidson® touring bikes is ready to roll, powered by the Milwaukee-Eight™.

The Milwaukee-Eight™ is a perfect fit for the next generation of touring motorcycles. Not only does this engine provide the outstanding power that riders need, but it delivers a host of great performance features that are sure provide a better ride. The Milwaukee-Eight™ has better heat displacement characteristics thanks to the precision cooling system, and it’s a difference that you can feel, especially when you’re idling in stop and go traffic. Speaking of idling, the Milwaukee-Eight™ delivers a smoother idle and ride, thanks to the pairing of rubber engine mounting, and an counterbalancer, so you can ride longer more comfortably. Finally, the eight valve design pairs with the precise engine mapping of the Milwaukee-Eight™ to create lower emissions, and improved fuel economy so you can get more power and milage out of every cent of fuel you put into your Milwaukee-Eight™ touring motorcycle.